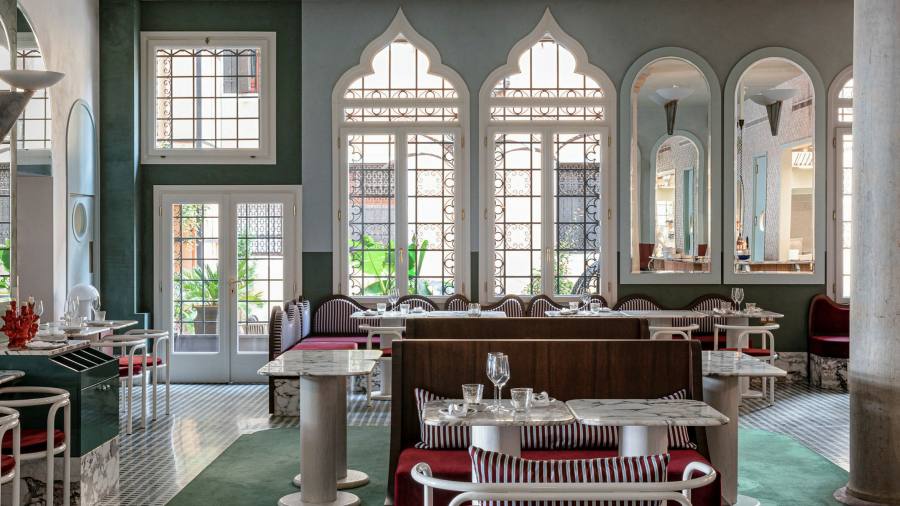 The owner of the Experimental Cocktail Club and the Hotel des Grands Boulevards in Paris will open its first hotels in the United States after a 350 million euro investment by one of the largest real estate investors in the world.

Experimental Group plans to open between 10 and 15 hotels by 2024, targeting New York and the West Coast of the United States, as well as around five sites in the United Kingdom with the support of Brookfield Asset Management.

The investment would triple Experimental’s hotel portfolio at a time when the industry is still struggling to recover from travel restrictions and pandemic shutdowns.

The emergence of the Omicron variant of the coronavirus and the reintroduction of restrictions on travel and socializing across Europe and the United States are weighing on the recovery of the travel industry. Airlines, vacation companies and hotels all warned this week that demand was down.

Brookfield’s financing prompted a restructuring of Experimental Group that will allow it to buy hotels directly. Previously, the group, which operates six boutique hotels in mainland Europe and one in London, rented hotels and paid for large-scale renovations.

At the same time, the asset manager took a minority stake in the operating business of Experimental, with Moueix and the founders retaining the majority. Other shareholders include the investment bank Bpifrance.

Cros said the new structure would allow the company to benefit from its investments: “[Before] indeed I created a lot of value for the landlord and in exchange the only right I have is to pay rent.

Kenneth Hatton, head of hotels for Emea at real estate firm CBRE, said private equity investments in real estate and operating businesses were becoming more common as investors sought to capitalize on real estate values ​​and any business recovery after the pandemic.

“Brookfield is a classic investor in this type of space. They take a platform. . . and they provide the capital to grow it as quickly as possible. The reason they want to do this is to capture recovery.

Experimental has already signed terms to buy a hotel in Ibiza under the new structure and has two more under negotiation, one in Rome and the other in Switzerland, according to an adviser with knowledge of the deals . He actively searches for UK and US sites.

Cros said occupancy at his Paris and London hotels was around 80% and despite a 40% drop in bookings at his chalet in Verbier when Switzerland announced in November that all arrivals from the UK should be quarantined, she had recovered all reservations. and added more after the decision was quickly reversed.

To survive the lockdowns, Experimental took out about 6 million euros in government-guaranteed loans in France, Cros said, as well as raising “several million” in equity. The company was created in 2007 when the three childhood friends opened the Experimental Cocktail Club.

He added that despite severe staff shortages in the hotel industry, particularly in the UK and US, Experimental aims to increase its workforce from 600 to around 1,400 as the new hotels open.

The group achieved €31 million in turnover in 2019 but did not communicate turnover for 2020.

Inwit S p A: travels the country to illustrate 5G