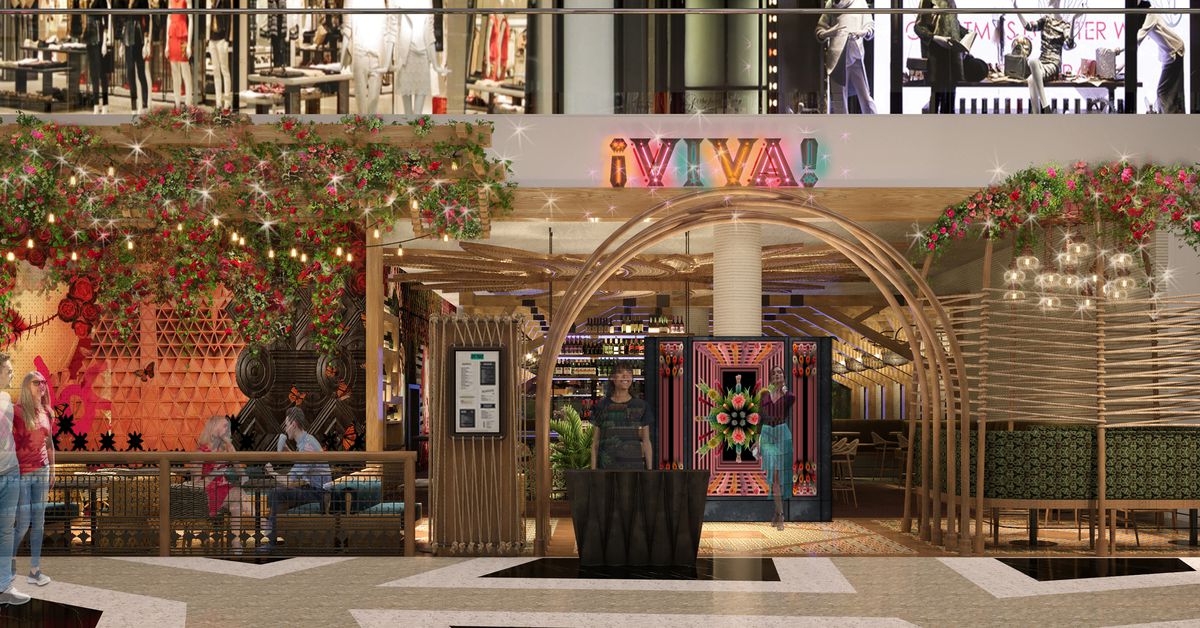 The Californication of Las Vegas continues when Resorts World brings Chef Ray Garcia to the resort’s new collection of restaurants which opens on the north end of the Las Vegas Strip this summer. Garcia joins Las Vegas own chef Nicole Brisson, who is opening two of her own new restaurants in the resort.

Garcia, who operated Broken spanish and BS Taqueria with Mexican American dishes, plans to launch Â¡Viva! with regional Mexican cuisine. Resorts World calls the project a “collaboration with Squire Magazine Chef of the Year in 2015, located in a contemporary space with a colorful design. Garcia’s Broken Spanish closed last summer, and Eater LA called it “one of the city’s biggest restoration losses as the ongoing coronavirus [pandemic] continues to ravage the industry as a whole. Garcia closed BS Taqueria in 2019 after a long lease negotiation with the owner.

Brisson, who was the James Beard Foundation’s semifinalist for Best Chef in the Southwest in 2020, is opening two new outlets at the resort this summer with former Mina Group vice president Jason Rocheleau. Brezza plans to serve coastal Italian fare such as handmade pasta, seafood, Brisson’s â€œhand-picked heirloom breedsâ€ and Creekstone Farms beef, wines from Italy and the Italian digestif Amari.

The Zazu bar in Brisson et Rocheleau offers a European cafÃ© serving hot and cold tapas, cheese and cold meats, sweet and savory pastries, as well as wines by the glass, in bottles and by plane. Beers and cocktails highlighting different regions of Europe complete the restaurant menu.

Brisson previously worked as Executive Chef at Locale Italian Kitchen, the restaurant she opened with restaurateur Andy Hooper in June 2019 near Mountain’s Edge. Brisson was one of four local semi-finalists for a James Beard Foundation award for Best Southwestern Chef in 2020. Prior to leading Locale, she worked as Eataly’s Executive Chef at Park MGM. The former executive chef of the Palazzo Carnevino and the chef di cucina of the Otto Enoteca e Pizzeria at the Grand Canal Shoppes participated in the opening of Wynn Las Vegas with chefs Steven Kalt and Paul Bartolotta.

The resort also plans to open the Genting Palace with Cantonese cuisine, seafood and dim sum from parent company Genting Group. The restaurant, which opened in 1965, specializes in marble goby and traditional braised pork chop.

Resorts World is also launching Kusa Nori, a sushi bar with teppanyaki grills. The Japanese restaurant plans to serve yakitori and teppanyaki dishes and has an extensive sake menu.

â€¢ All the coverage of Resorts World [ELV]

Nevada casinos, restaurants and bars return to 50% of their capacity

When will these iconic NYC restaurants reopen?

The luxury houses that are opening restaurants around the world