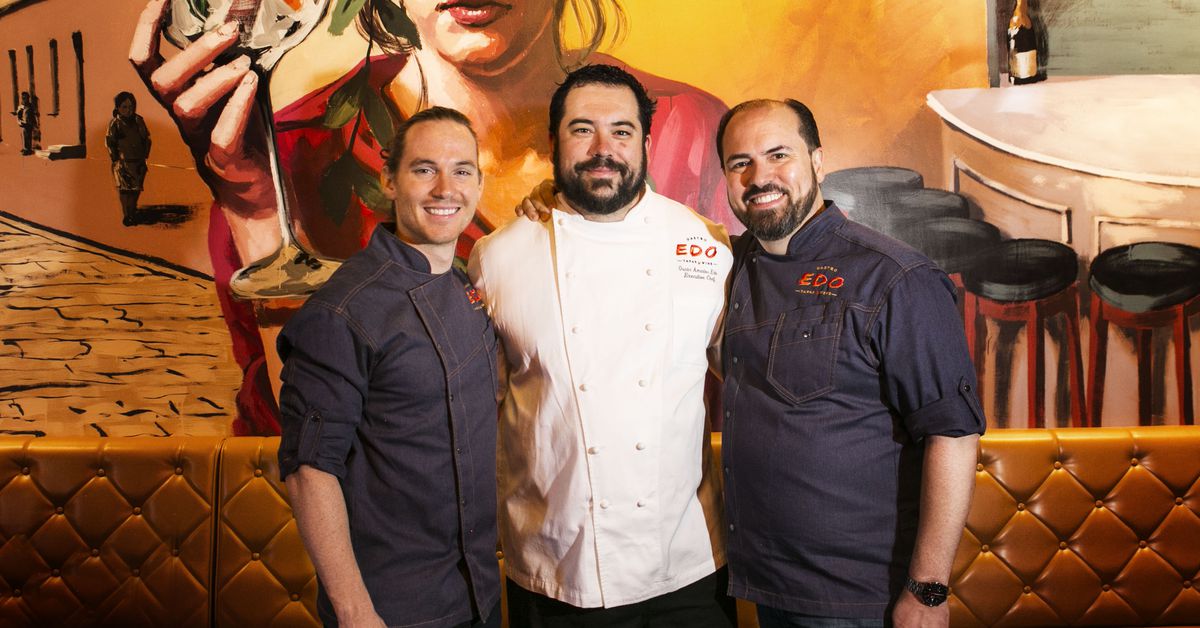 Following an Eater tradition, we asked a group of restaurant journalists, bloggers, and site friends to comment on the food year. Their responses to the annual report Year in eater The investigation will be revealed in several articles. Now, which restaurant or restaurant (pop-up, etc.) comeback or start are you most excited about in 2022?

Bob Barnes, Las Vegas editor for Gayot.com and freelance food and beverage writer – It’s great to see the return of Vegas Unstripped, a fantastic exhibition of the very talented local chefs who work off the Strip.

Al Mancini – I am very excited to see what the EDO team has planned for their new spot in the South West. I can’t wait to see what John Church does next. And it will be great to see Yukon Pizza find a brick and mortar house, which I’ve heard is coming to the Huntridge area.

But honestly, there’s nothing that excites me more than my next project – a new online restaurant guide called Neon Feast which will debut in the first quarter of the year. It’s a project I’ve been planning for at least four years, and having the time to focus on it was the main reason I left the Review-Journal. This is, without a doubt, the most exciting thing I have been part of since moving to Las Vegas. Stay tuned.

Rob Kachelriess, Las Vegas writer for Thrillist – Loved Contrapunto, an Italian herbal overnight pop-up by Donald Lemperle of VegeNation at Vegas Test Kitchen. I can’t wait to see when and how the concept returns in 2022. I’m also interested to see what Todd English has in store at The English Hotel, which, according to the latest news, will open in February. I have high expectations of Wakuda at the Palazzo and can’t wait to see what the EDO team has in store for Anima at the Gramercy.

Emmy Kasten, Vegas Magazine – I think the hottest restaurants are RPM Italian at Caesars Forum Shops and a new location for Lotus of Siam at Red Rock Resort.

Philip Tzeng, food blogger on social media at LasVegasFill – There have been countless restaurant success stories due to their popularity on social media recently, but what happens when @Unlokt aka Drew Belcher, Las Vegas’ biggest foodie account on IG ( 383K) and TikTok (1.2 million followers), also becomes a restaurateur? He’s due to open Sorry Not Sorry Creamery soon and I absolutely loved his pop-up, With Love Always, which features its own smash-patty burgers.

Scott Roeben, Vital Vegas – Technically it’s 2021, but Carversteak at Resorts World promises to be awesome. I support my scoop Martha Stewart and Snoop Dogg collaborate on a new concept in Paris (in the former Martorano space). Supremely marketable, this one could create a global buzz. There’s a flood of celebrity brand restaurants in the works, from Drew Brees (Walk-On’s at Harrah’s), Blake Shelton (Ole Red at Bally’s), the Jonas Brothers family (Nellie’s Southern Kitchen at MGM Grand) and this restaurant. from the guy who bounces salt on his arm. Who knows if the food will be good, Vegas casinos love celebrity deals! This is probably a good opportunity to thank Eater Vegas for following all of these announcements. It’s the go-to resource for news and restaurant information. I’m not just kissing, so you’ll keep asking me for my opinion on these annual stories!

Susan Stapleton, Editor-in-Chief of Eater Vegas – Looks like 2022 is all about celebrities, as Scott puts it. So to be different, I would say HaiDiLao, the Ferrari of Chinese fondue restaurants, coming to Resorts World. The commitment to Asian cuisine at the new resort really impresses me. Wakuda delighted me, perhaps simply because I have been for over a year (if not two). Off-Strip, Anima will of course be a must. So happy to see bolder restaurants coming to the outskirts of town instead of the Strip. Mark Evensvold’s Pachinko Pub and FukuBurger’s Colin Fukunaga head to 201 Las Vegas Boulevard S. Should make downtown interesting.

Get to know this hotel for a unique stay in Florence