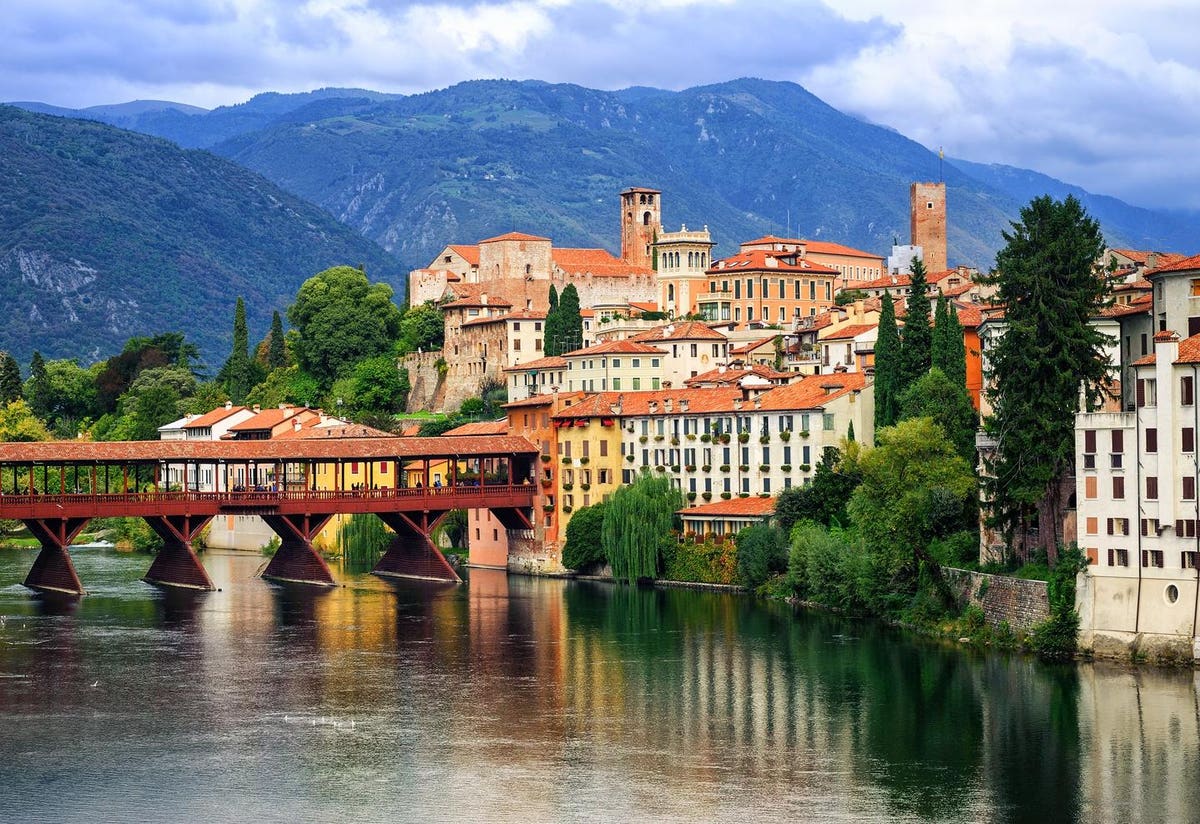 The eight regions of northern Italy – which include Valle d’Aosta, Piedmont, Liguria, Lombardy, Emilia-Romagna, Veneto, Friuli-Venezia Giulia and Trentino-Alto Adige – are each unique in terms of history, topography and culture. It’s no surprise, then, that hotel rooms in northern Italy are rarely cookie-cutter.

The COVID-19 outbreak has hit Italy hard with the highest incidence of the virus recorded in northern cities, particularly in the Lombardy region. But with more vaccinations in the gun and most international restrictions lifted, there has been a resurgence in tourism as well as new hotel openings, many of which have been put on hold for the past two years.

These are some of the most exciting new hotels that seamlessly blend the rich cultural heritage of northern Italy with contemporary sensibilities and innovative design.

The magnificent five star Vista Palazzo Verona occupies a 19th century mansion in the medieval center of the city, a few steps from the legendary balcony of Romeo and Juliet.

The design incorporates an intriguing blend of traditional and contemporary style, orchestrated by Milan Maurizio Maggi Studio Arte. One standout feature among many: the swimming pool includes an ancient Roman well embedded in its wall that was unearthed during the renovation of the building’s gut.

Passalacquaa member of Favorite Hotels and Resortsis the sister property of the majestic art nouveau Grand Hotel Tremezzo (also on Lake Como). Once a private villa, the gracious home was purchased by Count Andrea Lucini Passalacqua in 1787. Over the years it has welcomed luminaries from Napoleon Bonaparte to Winston Churchill through its doors.

When open, this intimate ultra-luxury mansion will have 24 elegant suites with tasteful furnishings curated by the De Santis family as well as a lakeside swimming pool and outdoor gym in the olive groves. Guests can take vintage boat rides on the lake from the private dock and partake in wellness and farm-to-fork dining experiences.

Formerly the headquarters of the Touring Club Italiano (founded in 1894), the repurposing and redesign of the Radisson Collection Hotel Palazzo Touring Club Milano as a 5 star hotel was led by the architectural firm Studio Marco Piva. The team aimed to preserve its historical and cultural heritage while breathing new life into a structure that would continue to allow it to serve as a beacon for hospitality.

Located in the heart of the historic center of the city, the establishment has 89 rooms and suites that overlook the bustling Corsa Italia, just a 10-minute walk from the Duomo, La Scala and the fashion district.

Fourteen architectural firms have breathed new life into an abandoned guest house, transforming it into a center of “hospitality experimentation”. The colorful Demo Hotel is one of a kind, ultra-modern in design and functionality. Located near Parco Briolini, this innovative property is within walking distance of the city’s iconic beach on the Adriatic.

Each of the nine suites, in fact apartments, are suitable for business stays and longer stays. For example, the Smoove II suite (designed by architects Alessio Fiorini and Roberto D’Amico) has a balcony overlooking a garden in the park and is fully equipped with sports and fitness equipment, including a Technogym bike. The Just Like Home suite is an elegant green three-room apartment with a double bed and a second bedroom with a French bed. The living and kitchen areas can become workstations, visually separated by a hanging bookcase.

The hotel’s common areas are also experimental and original in their design. Each zone is differentiated by strong colors, and the functional yet funky setting is ideal for mixing work and play. Another advantage: Free private parking.

The long awaited Portrait of Milan will be the sixth luxury hotel owned by the first Ferragamo family. Their newest property is located in what was once the Archbishop’s Seminary.

Built in 1564, it had the distinction of being the oldest seminary in Europe. The Baroque entrance to the monumental building was designed by Francesco Maria Richini in 1652. Architect and designer Michele De Lucchi leads the restoration project.

The hotel will welcome both business and leisure travelers, and will be an asset to local residents as it joins Corso Venezia and Via Sant’Andrea to improve pedestrian access through the fashion district. The luxury hotel will also house a wellness center, restaurants and shops.

This contemporary and urban hotel is the flagship Milanese property of the UNA Esperienze group. Located in the bustling Porta Nuova area of ​​the city, Milan Vertical is convenient for Porta Garibaldi metro and train stations.

The four-star establishment has 173 rooms, a fitness center and meeting rooms for conferences. The four exclusive rooftop Penthouse Suites with panoramic terraces offer 360 degree views of the city skyline and the Alps.

Iconic travel brand, Orient Express, part of the Accor Group, is teaming up with Italian hotel group Arsenale SpA to open the second Orient Express hotel in Italy. the Palazzo Donà Giovannelli will be located in the shopping district of Cannaregio in Venice, just ten minutes from Santa Lucia station.

Housed in a historic structure that was first built as a palace by architect Filippo Calendario (also architect and designer of the Doge’s Palace) in 1400, the building was renovated twice before and successively belonged to the Donà and Giovannelli. Architect and interior designer Aline Asmar from Amman and her team of Culture in architecture were selected to rethink the space.

This intimate and luxurious hotel will have 45 rooms and suites, all overlooking the gardens and canals. The hotel bar will be located in the former noble piano ground floor ballroom; plans also include a world-class restaurant on site. As soon as the hotel opens, passengers on the Orient Express La Dolce Vita train can disembark directly at the nearby station and reach the hotel on foot or by boat.

From lively pizzerias to authentic Mexicans: 11 new restaurants are opening this month

Orient Express will open its second hotel in Italy